When it comes to priming tough jobs, I’ve been a fan of KILZ for a long time. Over the years, they’ve released a ton of different primers, from KILZ Max to KILZ Complete, KILZ Premium, Hide-All, Klear, PVA, Odorless…the list goes on and on. Despite the slew of products available, my favorite for sealing up tough spots is always KILZ Original. It’s the OG oil-based primer and it’s hard to beat. It comes in gallon, five gallon, quart, or in a spray can, and it’s especially great for applications like ceiling water stains, grease stains in the kitchen, or leftover hairspray residue in a bathroom, where you don’t really want to get out a brush or a roller for such a little spot. 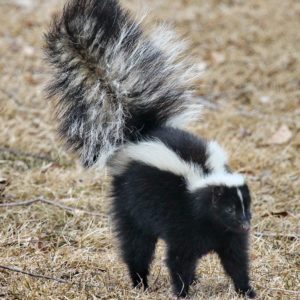 But a while back, I was on a job with a colleague of mine and he was priming a wall with KILZ Odorless. I’d never used the Odorless before, but after I saw the result, it seemed to do the job well — and although it is oil-based, it was significantly less smelly than the Original KILZ. A win for me and my clients! So, I decided to start using Odorless. Happily ever after, right? Hm…

Recently, I was painting several hallways in an apartment complex. There were at least 30 doorways that needed primed and painted, and since these apartments were occupied, I couldn’t open the doors without disturbing the tenants. So, it was a little tricky. The jams were going from gray to white, and after brushing on a coat of primer, I quickly realized that this was going to take at least four coats — and the rest of my life. I needed a new plan.

I decided to paper-mask off the doors and spray the jams with rattle cans. I could’ve used my sprayer in this instance, but noise was also a factor. I ran to the hardware store to get some KILZ Original spray cans, but they were out! I did, however, notice that they had plenty of KILZ Odorless spray cans. I didn’t even know they made Odorless in a spray can, so I was thrilled. Less smell, same great result, a win for sure!

I started to spray prime the first jam and after about 30 seconds of spraying, the Odorless started running down my hand, covering the can, and making a mess all over the floor. Thankfully I had drop cloths down, like a good painter, because it splattered EVERYWHERE.

I figured it had to be a bad can of primer, so I tried another one on the next jam. Same thing! And again, and again, and again. Whatever formula is used to make the spray can “Odorless” also happens to make it runny as hell. Not only does it make a massive mess, but because you lose so much product to the floor, it doesn’t go as far either.

I went back to another hardware store and got a few cans of the Original KILZ as I had originally planned, and they performed beautifully. No run off. No mess. And I could get two jams completely spray primed with a single can, as apposed to the Odorless, which barely painted one jam and ran all over the place.

Moral of the story: KILZ, I love ya, but your Odorless spray cans STINK! If you ever need an oil-based spray can of primer, use KILZ Original. It’s still unbeatable.